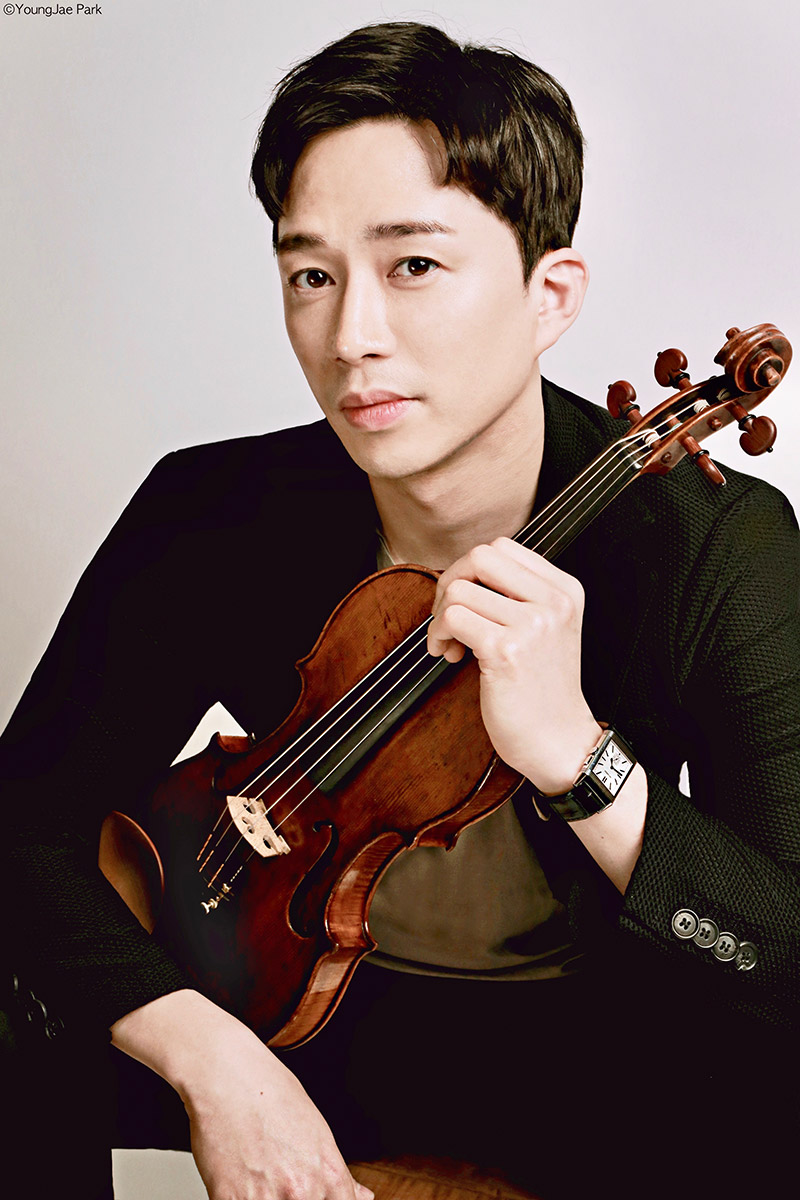 Violinist Donghwan Yoon is named the prizewinner of the “Emerging Artists Award” by the Korea Music Journal, and he was selected as an artist for the ‘Samsung Rising Star’ Series in 2016. As a soloist, he performed in Florence (Italy), Apeldoorn (Netherlands), Bonn, Cologne (Germany), and at the “Klassik Fest 2009” in Switzerland, and in 2011, he was invited to perform at the Klassik Fest and the Zurich Arts Festival. The following year in 2012, he was chosen as the featured artist for the “Surprise Concert” at the Zurich Tonhalle, and that performance was recorded live.

Currently He is teaching at Yonsei University in Korea. 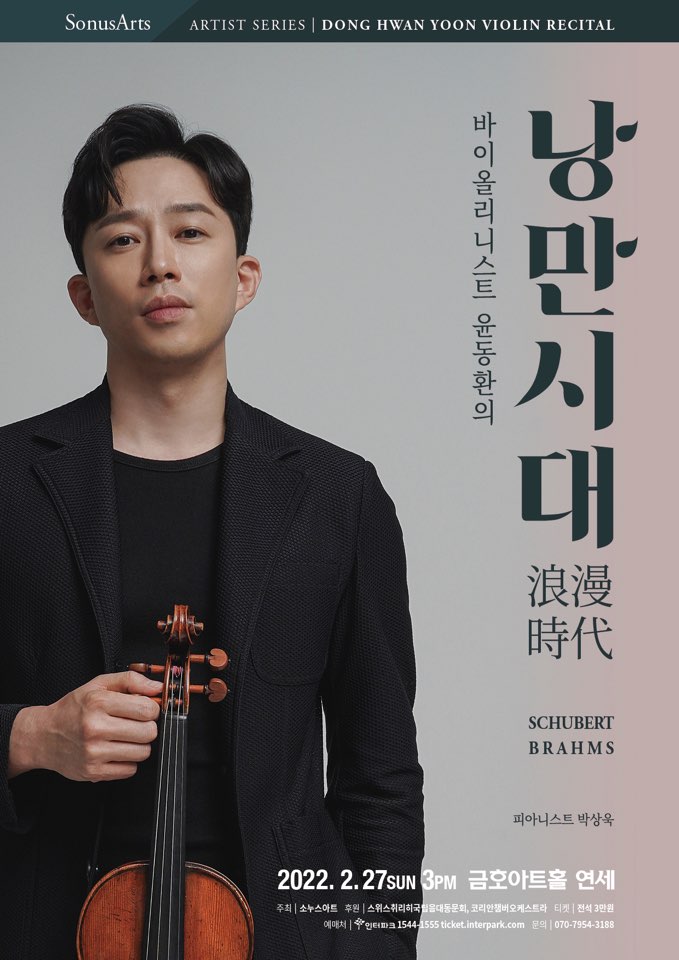 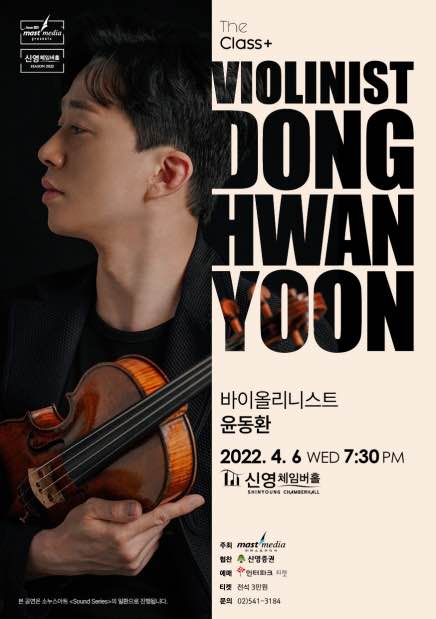