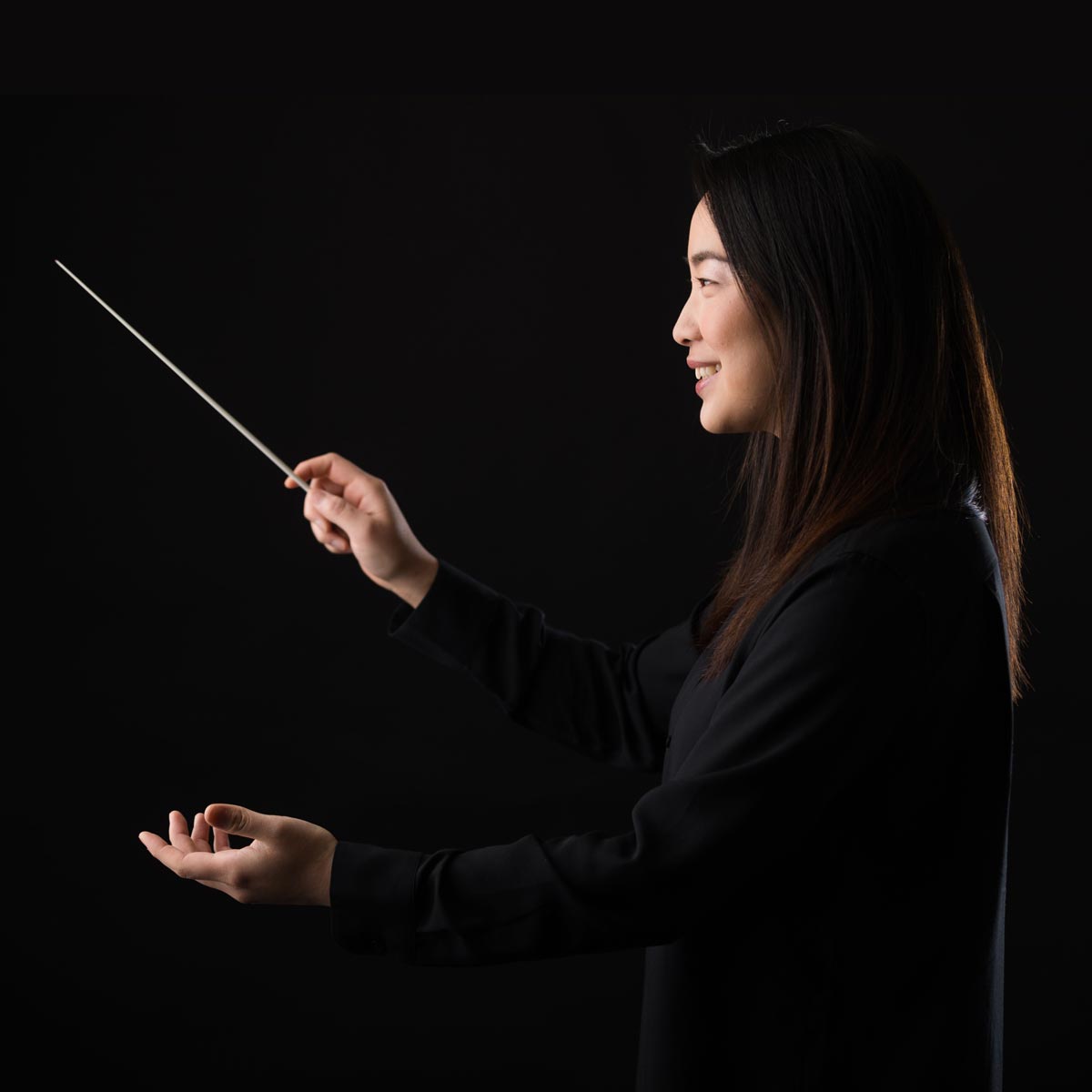 Holly Choe is the new Assistant Conductor in the Tonhalle Orchestra Zürich Season 20/21 under the guidance of Maestro Paavo Järvi.

Additionally, she holds a conducting fellowship in the German Music Council’s Dirigentenforum, is an Award Recipient of the Marin Alsop Taki Concordia Conducting Fellowship, and a Conducting Mentee the Peter Eötvös Foundation Mentoring Program.

Professionally, she has debuted as a guest conductor with the Sønderjyllands Symfoniorkester in Denmark and Germany, Ensemble Reflektor in Hamburg, and giving children’s concerts with the Collegium Musicum Basel.

Her passion for music extends also to education and healthcare; she currently teaches beginning conducting courses at ZHdK as well as the PreCollege conducting students. She has also presented conducting seminars in elementary schools, elderly nursing homes, a center for adults with disabilities, Immigrant Family Services Institute for Haitian Immigrants, and as a guest artist at the Isabella Stewart Gardner Arts Museum in Boston, MA (USA). With an interest in neuroscience, she envisions to support research in the integration of music in healthcare.

Holly was born in Seoul, South Korea, and grew up mostly in California, USA. She began her musical journey as a self-taught clarinetist aged thirteen and received her first private music lesson at age nineteen. She received a full-tuition scholarship toward her Bachelor’s Degree in Clarinet Performance and Music Education at the Bob Cole Conservatory in Long Beach, CA. Her first Master’s Degree in Wind Conducting was completed at the New England Conservatory with Charles Peltz and her orchestral conducting Master’s Degree at the Zurich University of the Arts with Johannes Schlaefli.