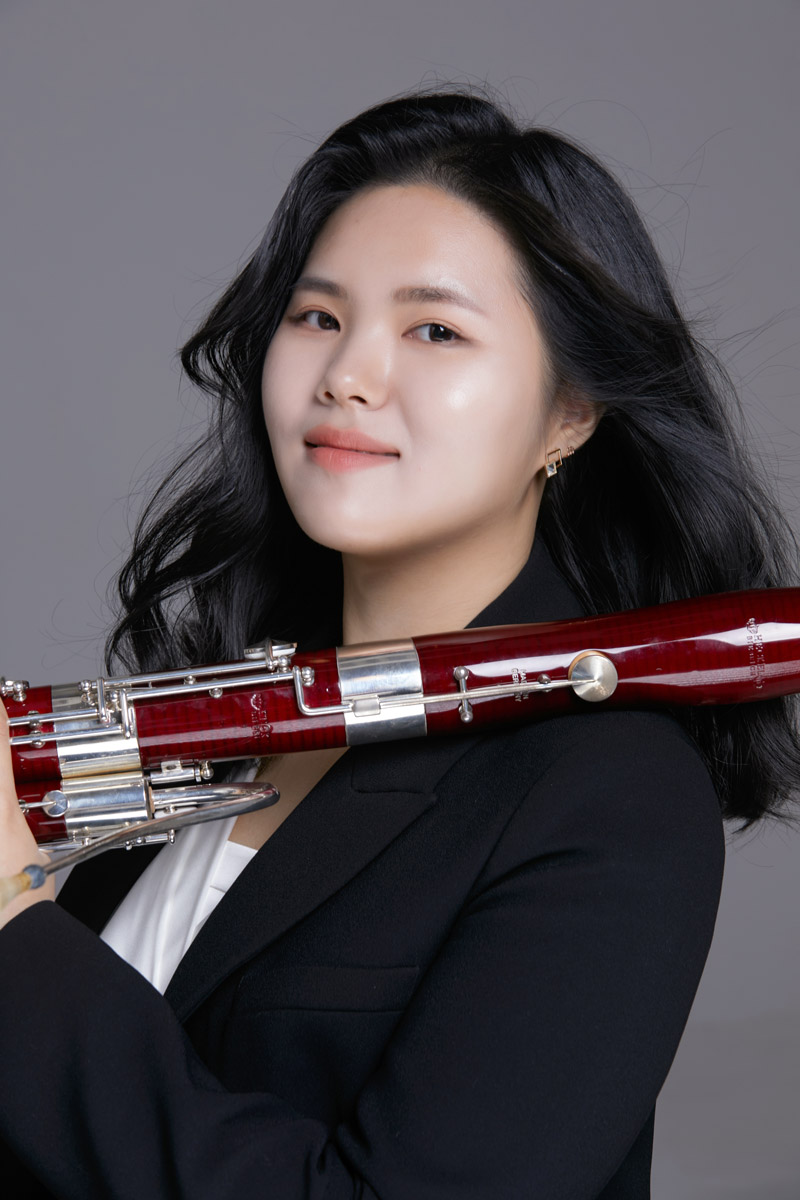 She is active as an orchestra and chamber musician. She served as a principal bassoonist at the Yongin Youth Orchestra from 2009 to 2015. She recently participated as a guest performer at the Tonhalle Orchestra Zurich in Switzerland, the Munich Philharmonic in Germany, and the Zurich Symphony Orchestra. In addition, she developed her skills as an orchestra performer as a trainee at the Bern Symphony Orchestra Switzerland. She participated as a woodwind director of the amateur project orchestra in the Gstaad Menuhin Festival, which was first founded by the famous violinist and conductor Yehudi Menuhin, and as an artist in the Santander Encounter Music Festival in Spain, and is invited to many leading music festivals around the world, performing with world-class performers. She has performed as a member of a woodwind chamber music quintet. She performed twice in the Kumho-Young Chamber Concert Series and won the Young Sylvia Award at the Art Sylvia Audition, a renowned chamber music competition in Korea. She joined SWISS5, a quintet of the best Swiss woodwind players, as a guest member and toured in Korea together, establishing herself as a chamber musician.

After graduating from Sunhwa Arts Middle School and High School and majoring in instrumental music at the College of Music at Seoul National University, Minju Kim graduated from the Zurich University of the Arts in Switzerland with excellent grades. Currently, she is studying in the professional performer course under Matthias Rácz in the same graduate school. In October 2022, she was appointed as the principal bassoonist of the Hamburg Philharmonic Orchestra, a prestigious orchestra in Europe, communicating with many audiences on various stages, including the orchestra.